What New York Taught Me about Change

I’ve been in New York City for just over two years and I’ve already lived through three apartments, three jobs, and two relationships. While I was fairly warned that this city is all-around intense, I couldn’t have imagined how true this statement would turn out to be for me. As someone who has traveled and moved around countries, cities and homes for as long as I can remember, change has been a habitual part of my life. As much as I believe that I’ve grown accustomed to transition, I’m just now realizing that the most important series of changes that have ever happened to me are occurring in the city where I live.

When people ask me, with stars in their eyes, how I like living in New York, I semi-jokingly compare it to opting into an abusive relationship. New York is the type of city that will relentlessly take from you – money, willpower, and time being the biggest culprits – in exchange for the prestige of labeling yourself a seasoned local. If the price people pay to live here is so high (both literally and figuratively), then why do it?

The truth is, there’s much more to living here than being able to call yourself a New Yorker. For as much as this city has stressed me out, facilitated struggle in every way imaginable, and greedily sucked all the green from my wallet, what it has inadvertently given me back has made it more than worth it. New York has strengthened my character, accelerated my self-growth, and motivated me to foster the best support system of friends I’ve ever had. It has mercilessly tested me, taunted me, and dared me to confront my demons. It was here that I learned what I would and wouldn’t tolerate from my life, and how to fight for what I want. I’ve experienced some terrible lows here, yet I wouldn’t take a second of suffering back if it meant sacrificing even one of the celestial highs.

For better or for worse, I’ve never felt so vulnerable as I have in this city.

I must ultimately admit that despite the challenges – or perhaps because of them – I love New York. It’s changed me for the better, and continues to do so every day. The lessons that this city has taught me about change will remain lodged in my heart long after I depart it. I share with you the three most important ones I’ve learned: 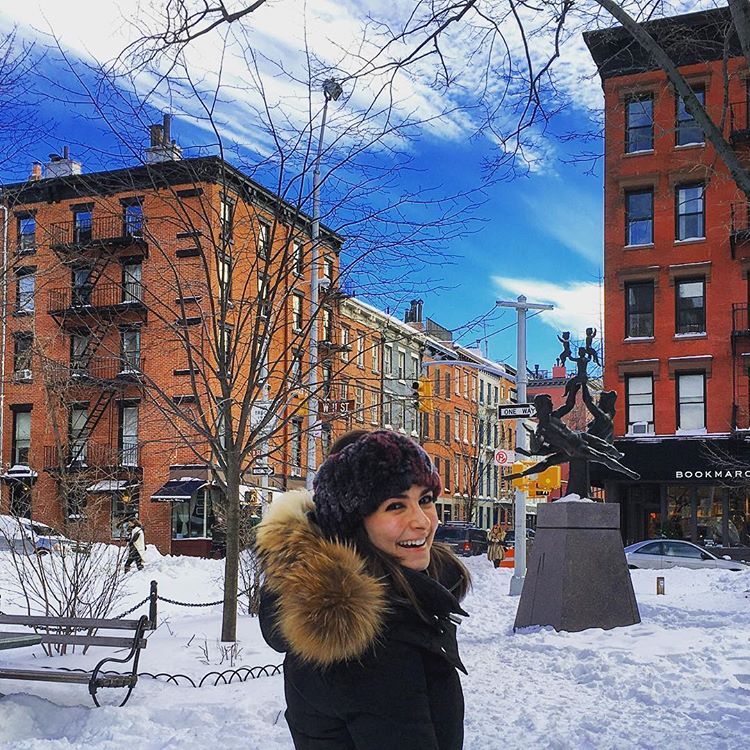 1. Face change, or let it consume you.

Change will inevitably happen, often quickly and abruptly, leaving you feeling dumbfounded and like there is no ground beneath your feet. In these moments of utter disarray, you must make a decision: look this change dead in the eye, or bow your head and allow it to dictate your trajectory. Facing change is a delicate dance of surrendering yourself to the forces shaping your life while simultaneously having the courage to confront them when they begin to consume you. When you decide to face change, you are also deciding to take responsibility for your actions and happiness. You are deciding to adapt to the situation and take an active role in it despite the hurt and discomfort it may bring you.

When I took the wrong job post-graduation in desperation of getting my foot in the door, I rapidly regretted it. I initially told myself I’d stay for a year, but after a couple of months it became apparent that this commitment would require me to sacrifice my happiness as well as the opportunity cost of learning the right skills. At that point, I was a college graduate with just a few months of experience. I was insecure of my ability to succeed in a new job search, but I decided to look anyway. I eventually found a loophole to transition to a new role at a sister company without causing offense. Less than a year later, that company didn’t work out. And so, I decided to take time off and hold out for the right opportunity. I traveled, I started this blog, I reassured myself over and over again that this at-the-time terrifying change was for the better. And it was. I found the right job at a significantly more prestigious company, all because I was willing to both catalyze changes as well as accept the ones that were thrust upon me.

The point of this story is, there will always be precautions in place (especially in this city) that are designed to commit you to a circumstance – for example, an employment contract or one-year lease. These are commitments that are difficult to break regardless of the changes that head your way; do not allow that to be a deterrent to doing what is best for you. Your employer and landlord may or may not care about what you’re going through, but at the end of the day, they understandably have more important things to worry about. Your changes are for you to face and maneuver. 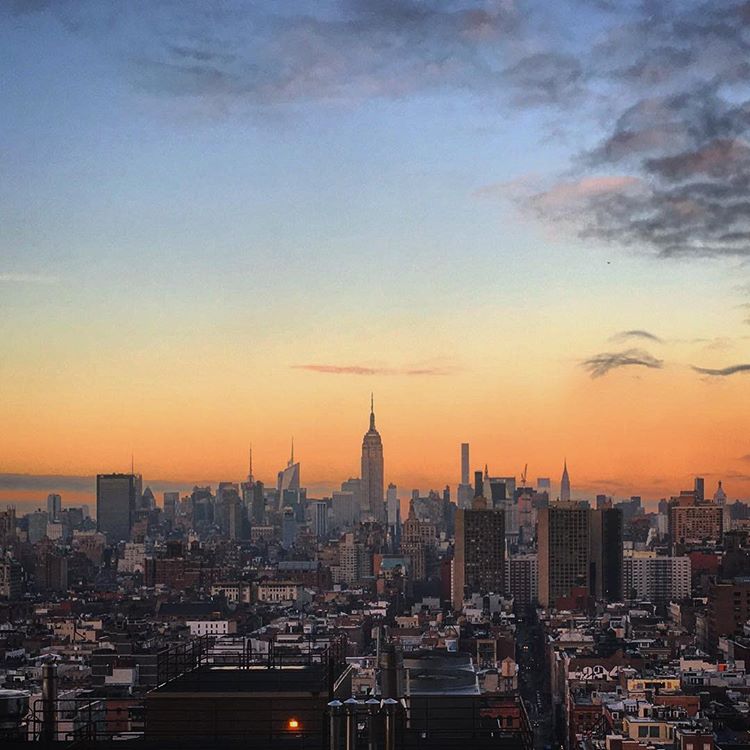 2. New York has taught me that part of change is letting go.

I find that when it comes to change, matters of the heart are the most difficult to overcome. Relationships are hard enough as it is, but oh, New York will get you there too. In many ways, relationships in New York are no more different than jobs: hard to find, harder to keep, incredibly competitive, and easily replaceable when the next best thing comes along. Even when you do find a relationship that’s truly meaningful, there’s a likely chance it will eventually disintegrate under the stresses and demands of both people’s work, social, and travel schedules. We are so caught up living our dreams in this city that love often takes a back seat. Change ensues, but unlike jobs or apartments, this type can be much more heartbreaking. Loved ones come and go, leaving loose ends that you’re both too busy to tie up. You are forced to adapt, whether you wanted to or not, to people being sporadically added to or subtracted from your life.

My experiences in this city gave me a deep understanding that what begins, must also eventually end. I also learned that that’s okay. Part of change is letting go and accepting that what once was, is no longer. More than the end of one path, change symbolizes the potential that is encapsulated in the beginning of a new one: all that you’ve learned from your mistakes, how you can do better this time around, and who you can become moving forward. I’ve found that the best way to reduce the suffering that is sometimes triggered by change is to keep entrusting myself to this potential. Easier said than done, of course.

Shedding layers of yourself and the life that you were accustomed to up to that point can be especially painful when you didn’t feel ready for it. In New York, this will happen more often than you’d wish. But remember that letting go of these old layers also means making room to grow a better, thicker skin. Living in a city where everything is accelerated and intensified will help you do that quicker than anywhere else. 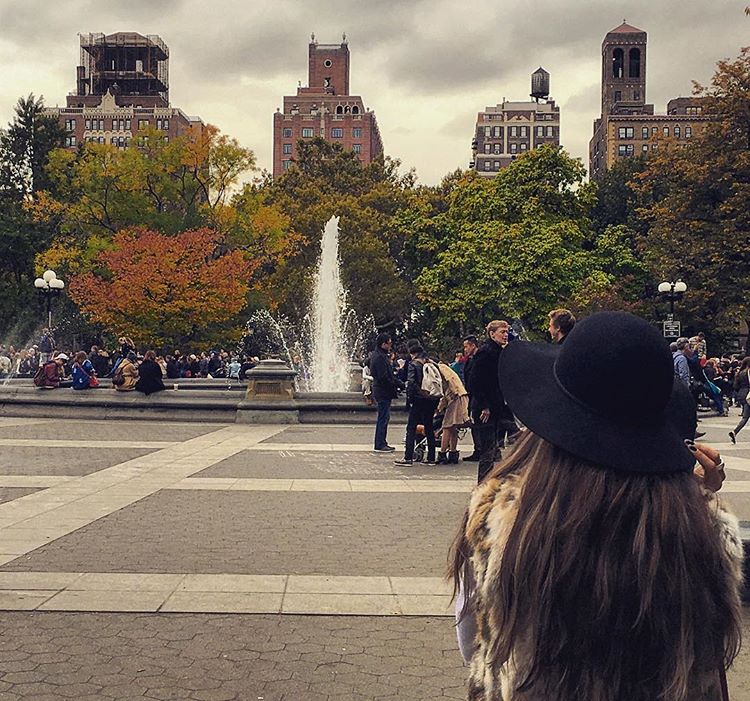 3. When change is happening all around you, the one anchor you can rely on is yourself.

No matter where we are in life, no matter who we are, change will always remain constant and inescapable. How we choose to react to it, however, is completely within our control. In so many ways, New York has forced me to wipe the fog from the mirror and look myself in the eye. To realize that the worst parts of myself are also the best parts. I’m controlling. I’m restless. I’m honest. I’m determined. And while these traits both save and damn me, they are what I take with me when I undergo change. New York has ruthlessly challenged me, yet at the end of the day, I’m the one that seeks change as much as it seeks me. As jobs alter, apartments are moved into, and relationships disintegrate, I become my anchor. I am the person that, when everything feels like it may be falling apart, chooses whether to see this change as a failure or transformation. Perception changes everything.

Change can be uncomfortable, terrifying, and paradoxically paralyzing. Sometimes it will hit you fast, hard, and ruthlessly.

I believe we are all afraid of change to varying degrees, even when it’s seemingly positive. When change knocks on your door, you have choices: you can let its unforgiving current carry you away, or you can learn to swim and wade in. Critical lessons about yourself will be learned with each and every metamorphosis. There are unanswered questions that will reveal themselves to you, pivots in direction that you’d never have otherwise considered, and obstacles that you wouldn’t have jumped if not forced to do so by circumstance.

Change will test your faith, your strength, your character, and your willingness to fight. And the entire time you must remind yourself – your choices will determine who, and what, comes out on the other side.