Why Romania Is Unlike Anything You’d Expect

I found myself in Romania by pure serendipity. As I was looking for people to host me in Europe for my couch-surfing trip around the world, it just so happened that quite a few offered me hospitality in Romania. Out of convenience more than desire, I decided to see what Romania was about.

Little did I know that I would fall in love with it.

My first stop was Brasov in Transylvania, which I had admittedly never heard of until a friend of a friend invited me to visit. In fact, I would not even have stopped there if it weren’t for the extra three hours that traveling directly to Bucharest would have added to the already fifteen-hour train ride from Budapest.

If there is one insight that has remained consistent in my travels, it’s that the most accidental finds often end up being the best ones. I was greeted with warmth and hospitality from the moment I stepped foot into the country – or, more specifically, by my kind Romanian host, who instantly folded his arms around me in a tight bear hug and offered me a Snickers. I was sold.

I spent the next week consuming every bit of information I could possibly get my hands on about Romania. I could not get enough – the history is fascinating, the people were so friendly, and the country is full of personality. Through seemingly endless conversations with locals, guides, and visitors, I discovered that Romania is going through a transformative period of its life. It is a country that, after millennia of being dominated and shaped by external forces, is finally re-establishing its identity. This is what I found: 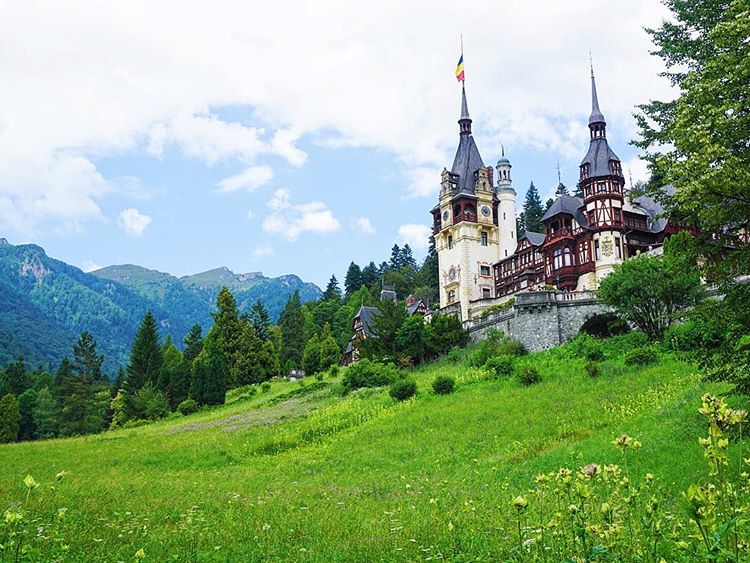 Insight 1: Every Empire Wanted A Piece

My first observation of my time in Romania was how much its rich and complex history is reduced to myths and Disney stories that only have a vague grip on reality. When many people think about Romania, the first (and sometimes only) thing that pops into their mind is the famous legend of Dracula, which for a while was a huge selling point to draw visitors into the country.

Though some of these perceptions are rooted in facts, they are often oversimplified to the point that they’re historically unrecognizable. For example, Dracula wasn’t some blood-sucking demon that sold his soul to the devil: he was a Romanian lord who protected the region from Turkish invasions. Though he also wasn’t a great guy, Vlad Dracula III (also known as Vlad the Impaler, who as the title suggests, liked impaling and torturing hundreds of thousands of criminals and enemies) was actually beloved by the people for cleaning the Wallachia region of corruption, creating stability, and fighting off attacks from the Ottoman Empire. Similarly, although some Romanian villages continue being very traditional and superstitious (another popular myth), they’re not all covering themselves in garlic and sharpening their stakes before nightfall.

To understand Romania’s reality, it is necessary to grasp its long and politically unlucky history. Romania happened to be surrounded by several huge empires that conveniently took their battles to the country every time they wanted to expand their influence. In the past 2,000+ years, Romania has been an alluring target for great empires due to its optimal location, diverse geography, and very rich resources. The country has been occupied by the Romans, Austria-Hungarians, the Ottomans, and the Soviets.

What is unique about Romania, however, is that it has somehow managed to get along with its invaders, naturally absorbing some of their culture and traits. This is apparent in the Romanian language itself, which contains vocabulary rooted in Latin but also borrowing from its conquerors and neighbors – such as old Slavic, Turkish, and so on.

Romania’s ability to adapt, however, came a cost: over the course of thousands of years, Romania’s identity was pulled apart by these empires. Cultures would come and go, leaving behind different customs and ways of thinking that weren’t necessarily compatible with Romanian tradition. I think of Romania as a rag doll, with each empire that invaded it pulling at its limbs. While it could handle some of the pressure, inevitably some cultural stitches came undone. Every time Romania began to re-stitch itself again, another conqueror came along to pull it apart some more.=

Romania finally got a break in the 1870’s, when it became a kingdom and began rebuilding and establishing its place in the European world. That didn’t last long – during World War II, the Soviets arrived with communism. Romania’s last conqueror left the deepest scars, of which the country is still attempting to recover from.

Communism, which officially took root in 1948, and Nicolae Ceausescu’s dictatorship that followed from 1965-1989, had severe effects on the country and was the beginning of many rumors and misconceptions about Romania that still haunt the country today.

Before even stepping foot into the country, I hadn’t heard many positive reviews. My impression of Romania was that it was a poor Eastern European country that people were itching to leave. Traveling through the country and spending time with Romanians, however, completely proved otherwise.

Perhaps part of the misconceptions about the country derives from the years of the communist regime, when Romania was secluded from its neighbors: people were forbidden to travel and had minimum contact with the outside world. When communism fell and the borders opened in the early 1990s, two phenomena happened. First, visitors found a country in terrible conditions, including destroyed buildings, homeless people, and a shattered governmental system. Second, there was an influx of emigrations to other European countries, especially after Romania joined the European Union in 2007. People fleeing the country were a mix of Romanians as well as Rroma – the gypsy population that was associated by the media with an increase of petty thefts and begging in nearby EU countries. These events were sensationalized by the media, which quickly labeled Romania as a third world country.

Another rumor I often heard before arriving into the country was that Romanians don’t trust one another. This was shocking to me, as every Romanian I interacted with during my visit was friendly and reliable. During one of my conversations with a local tour guide, I asked why this was a stereotype. Her response was: “Since forever, we have been very good at betraying our kind. Don’t know if it was written in our genes, or if it’s the downside of our recent past.”

She proceeded to explain that this perception dates back to the time of the Ottoman Empire, when the Turks would pay noble families huge sums of money to turn against one another. Similarly, during the communist regime, the government leveraged the secret police to disintegrate families, friendships, and any sort of loyalty that people had with each other by disseminating suspicion and incentives to betray. They split up families because it was easier to control people who have no roots, and the ripple effects of that still remain. 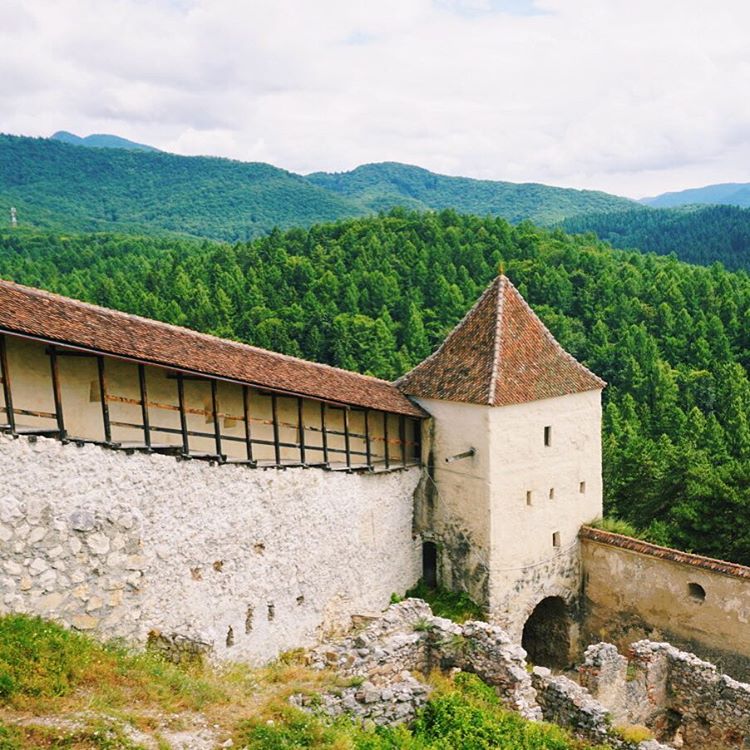 Insight 3: The Process of Rebuilding Is Slow But Promising

A visit to Bucharest, the capital city, will quickly reveal the trauma that the country has recently been through. Bucharest is the only big city in the country, as Romania is still largely considered a country of villages, and therefore it has become a gallery of sorts displaying the past few hundred years of the country’s history.

The city can initially be perceived as ugly: it never had any urban planning, and therefore contains a hectic mélange of formerly beautiful, 19th and 20th century French-style mansions, abandoned homes, and stark gray, communist-style buildings. Communism imposed an architectural genocide on the city, with the government seizing beautiful, wealthy properties and turning them into governmental buildings or rental units.

Despite the fact that this city has been beaten up by a myriad of both human and natural disasters (it was stricken by several earthquakes over the years, as well as bombings during World War II), it is developing faster than it can keep up with. The city’s progression into a modern European capital is an interesting contrast considering how conservative the country is. It seems that in the midst of its political fluctuations, Romania’s conservative Orthodox Christian religion has been the one factor that remained consistent.

From what I learned, churches in Romania played a significant role in preserving their identity because they are so much more than religious institutions: they are how Romanians learned their language, roots, way of life, and even where they went to school at one point. Perhaps this is how, in the midst of invasions and changes in regime, Romanians were able to hold on to the core of who they were.

The communist regime, as well as its history of being pulled apart by invaders, has heavily contributed to how the world – and even Romanians themselves – perceived the country. I looked at Romania, however, and I didn’t see this. What I saw was a teenage local girl who took me around Brasov for three days so I could learn about her country; a tour guide who dedicated way more hours than he was committed to answering my relentless questions about the country; hosts who went above and beyond to make sure that I was always happy, fed, and well-rested. People care here, and that’s what I think makes Romania really special.

Now that Romania has found some stability, it has a long but very promising path of re-discovering its identity and building a vision for its future. The country is geographically beautiful, culturally rich, and its people are warm, welcoming, and resilient; now that it is free from the grasps of an empire, it is a matter of time before the rest of the world recognizes its worth.