I have a love affair with Colombia that’s lasted eight years and counting.

I still remember my first visit to Cartagena, a magical Caribbean town on the northern coast, when I was 19. I was instantly enamored by the quaint, romantic Spanish colonial architecture. There was a certain allure in how puddles of flower petals fallen from balconies cluttered the streets alongside litter; how street vendors lured in tourists in traditional Colombian garb; how the clack of horse hooves spliced with the whir of car on cobblestone. Every day that went by, I found something that made the depths of my chest flutter.

I did not know it then, but as I continued returning to Colombia, I understood that this was a country that I would grow old with.

Despite having traveled to over 45 countries, Colombia is unquestionably one of my favorites. This is why I plan on returning to Colombia every year:

What makes Colombia special extends far beyond the country’s physical beauty: it really comes down to the people. Colombians are some of the kindest, most hospitable, and helpful people that I’ve encountered throughout my travels. It’s communicated in their wide smiles, their willingness to include you in whatever they’re doing, and the way that they always say “a la orden” (at your order) as a gesture of responsibility to lend a helping hand.

Perhaps what I love the most about the Colombian people is the way that they pay attention to the tiny details that bring joy into their lives, a quality that was likely developed because of the country’s turbulent past.

Sadly, Colombia was consistently struck by tragedy during the latter half of the 20th century. Political turmoil and the war against drugs contributed to many deaths, millions of displaced people, and a society plagued by violence. But the situation has significantly improved in the past decade, and half a century of conflict was brought to an end after the Colombian government signed a peace agreement with the rebels in 2016. Finally, and fortunately, this beautiful country has become a safe place for tourists to visit.

Despite the trauma they’ve had to deal with in their recent past, Colombians are some of the happiest people I’ve met. Their mindset and approach to life has touched me deeply: rather than allowing unfortunate circumstances to bring them down, Colombians have a tendency to focus on the happiness of being alive. 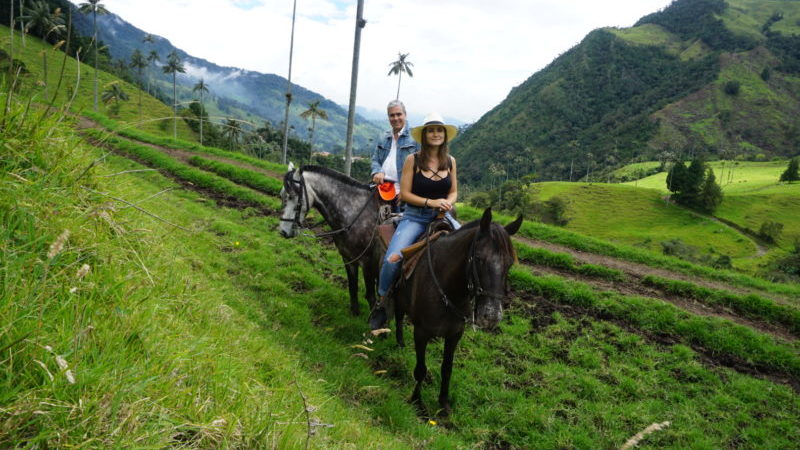 During my last visit to Medellin, I was speaking with a local about how taken aback I was by the residents’ happy and friendly demeanor despite everything that had happened up until recently. To which he said, “We Colombians take any happy moment and extract all the joy out of it in order to survive.” When faced with adversity, Colombians persevere by turning the page. This attitude translates into their lively culture: anywhere you go, you can find Colombians “rumbeando” (partying) and dancing the night away.

I cannot count how many houses I’ve seen painted in bright, happy colors, how many locals have offered to host me in their homes, or the times I’ve walked into an establishment and instantly felt warmly welcomed. These people truly live life as if there is no pain to grieve for. Colombians have shown me that, no matter what happens in our lives, happiness can be created and we are always capable of rising from our ashes.

Colombia has countless dramatic landscapes packed into a geographically stunning country, which makes sense, considering it is the second most biodiverse country in the world (after Brazil and before Indonesia). There is just so much to see in this country – so much so that after eight visits, I’m still nowhere near done with my wishlist. 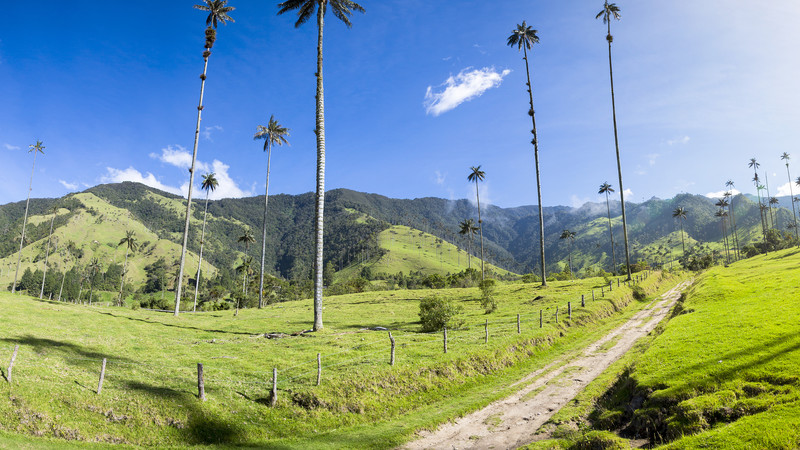 Colombia has a little bit of everything, and all of it is spectacular. In a country that boasts the Andes, the Caribbean, the Pacific coast, the Amazon, and the eastern plains, there is truly an option to suit any traveler’s needs.

For clear, turquoise waters and white sands, there are Caribbean paradise islands such as San Andres, Providencia, and Islas de Rosario. For those seeking the desert, there is La Guajira, where giant sand dunes meet the Caribbean sea, or Tatacoa, the country’s second largest arid zone. 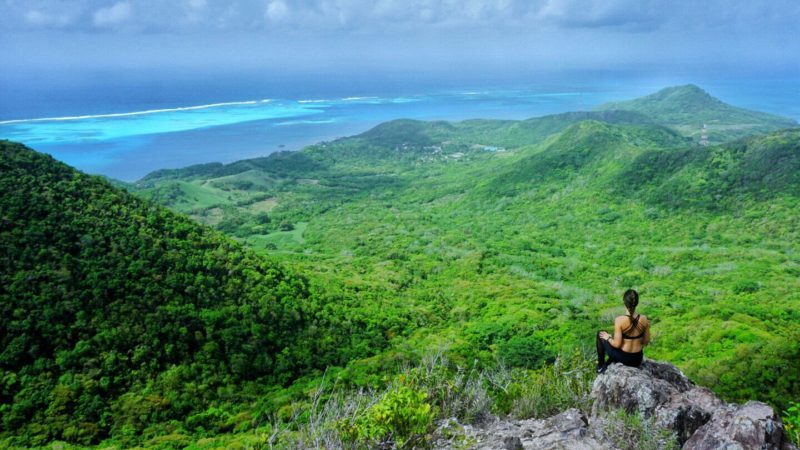 Those who prefer rolling green hills, gaping canyons, vast waterfalls, and watching farm animals freely roaming and munching away on fresh, dewy grass can visit Eje Cafetero, the Colombian coffee region that produces some of the world’s best coffee.

For adventure, jungle, wild animals, and opportunities to interact with indigenous tribes, there is the Amazon, the world’s largest tropical rainforest. Visiting here was by far my favourite experience in Colombia.

It’s these geographical extremities that make it such a unique and exciting place to visit – it’s hard to find an environment that won’t please you, and its vast size and diversity ensures that there is always something to come back for. 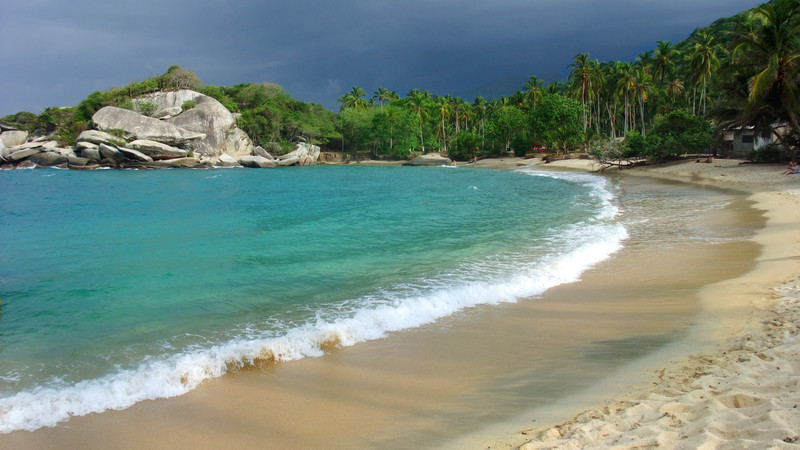 Colombia is full of interesting cities and towns, each one special in its own right. Colombian urban areas are some of the most unique I’ve seen, and showcase pieces of Colombian’s intricate and fascinating history.

One of the most popular tourist destinations is Cartagena, the fifth largest city in Colombia and a previous key port for the Spanish in the 1500s. Pastel-coloured, Spanish colonial houses – many adorned with wooden balconies swathed in flowers of every splendid shade – line the Old City’s cobbled streets.

By night, the city comes alive with sounds of salsa, rumba, champeta, and reggaeton, and even the most unrhythmic body can’t resist moving to the melodies infusing the air. In addition to being a testament to northern Colombia’s political and economic power and key role in the expansion of the Spanish empire, Cartagena is a beautiful city with an irresistible atmosphere. 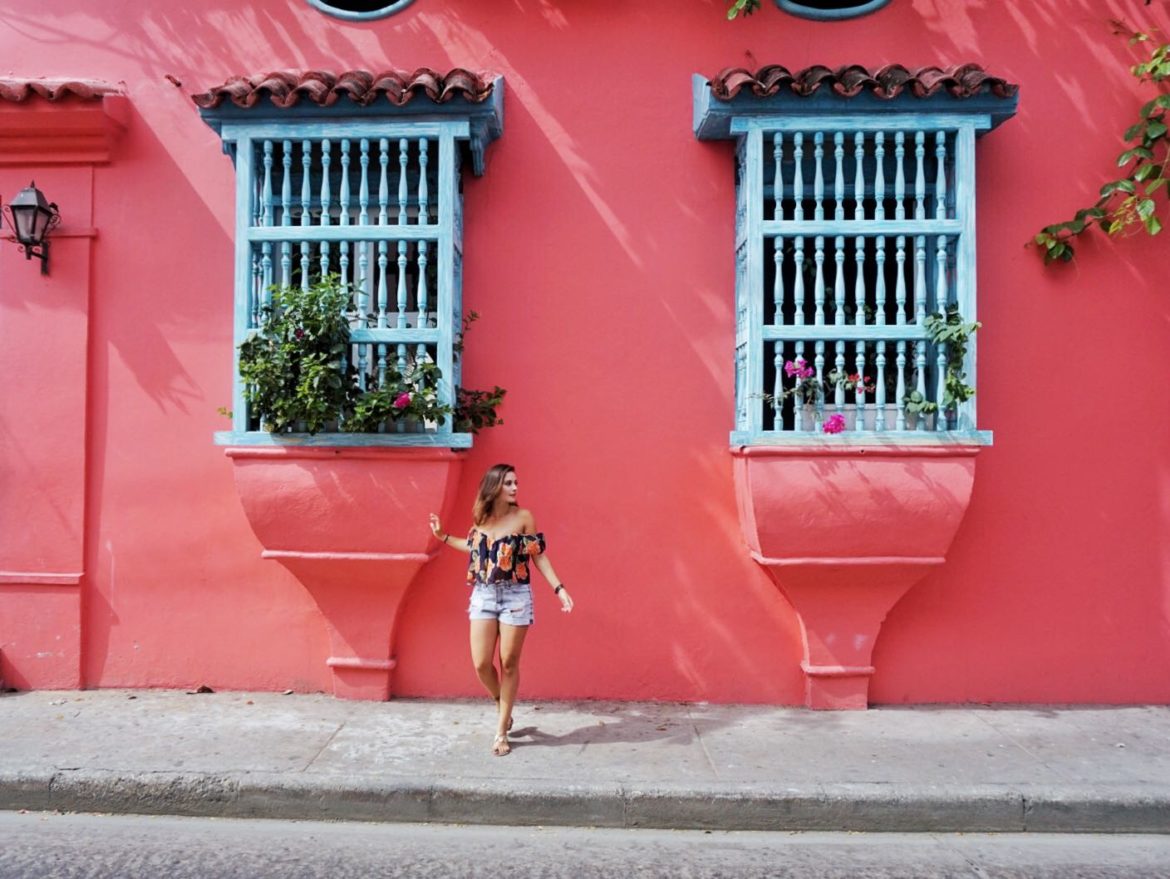 Then there is Medellin, a city with a dark history and a bright future. Despite the conflict that plagued it for so many years, Medellin persevered. In the past 20 years, it has become one of the most innovative cities in the world. Vibrant and eccentric, the city has excelled at reinventing itself, and has bridged the gap between poor communities with an efficient public transportation system and tons of other education and infrastructure initiatives.

Located just a two-hour drive from Medellin is Guatape, one of the most charming towns I have seen in Colombia to date. Guatape is known for the Piedra del Peñol, a giant granite rock that offers 360-degree views of an impressive valley of man-made lakes. Upon entering the town, the first thing you’ll notice are houses decorated with colorful zócalos (bas-reliefs).

Every building in Guatape features reliefs that tell the story and heritage of the family or business that owns it. For example, the building of a music school would have reliefs of instruments, and a private home would have the family crest. Every building, and street, tells a story about the locals who own it – in a fun and colorful way!

Lastly, there is Salento, a sleepy backpacker Andean town located in heart of Eje Cafetero. With its traditional colonial architecture, surrounding green hills, and proximity to Los Nevados National Natural Park and the stunning Cocora Valley, Salento is the perfect place for those seeking peaceful nature and a deep dive into Colombia’s coffee culture. 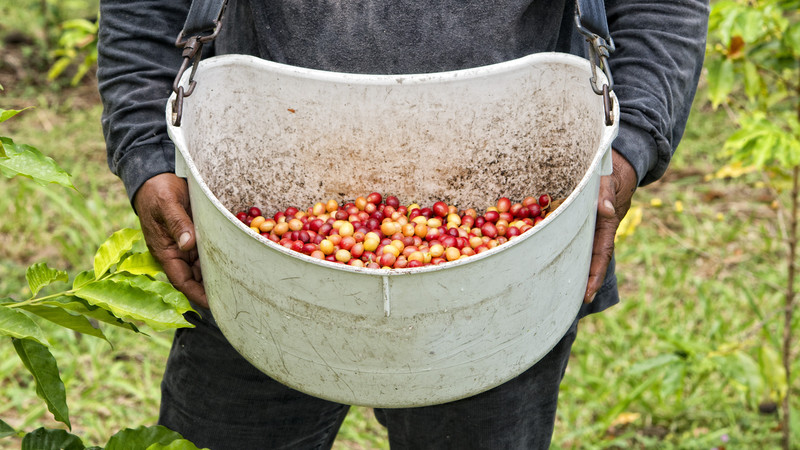 While the country’s landscape speaks to its natural wonders, its cities and towns each tell a different story about the country’s rich culture and history.

It’s a country packed with kind-hearted people, impressive scenery, unique cities, and a special positive energy. I am proud to call Colombia an adopted country, and a place I will frequently return to for as long as I live.