Three Finnish Habits That Will Make You A More Successful Entrepreneur

My recent visit to Helsinki, Finland, quickly revealed a city that boasts a vibrant ecosystem of over 500 thriving startups, as

My recent visit to Helsinki, Finland, quickly revealed a city that boasts a vibrant ecosystem of over 500 thriving startups, as well as hoards of ambitious entrepreneurs hungry to disrupt the tech scene. Little could I have guessed that Finland was a hotbed for entrepreneurship: investments into Finnish tech startups went up by 42% in 2016 and have quadrupled since 2011!

After spending some time with the startup community, it became very clear to me why the Finnish are thriving in the tech, design, and innovation spaces. I believe their entrepreneurial prowess can be attributed to a unique philosophy that’s deeply rooted in their culture. Most notably, their grit, diplomacy, and ability to navigate between tradition and modernity sets them apart and makes them very good at what they set their mind to, both as people and as entrepreneurs.

My time in Finland revealed three habits that entrepreneurs looking to grow a successful business can incorporate and learn from:

Sisu: Get The Job Done, No Matter What

The Finnish live by the concept of “sisu,” a unique and untranslatable word that roughly translates to perseverance, strength of will, resilience, determination, and survivalism.

Sisu embodies a philosophy of getting the job done, no matter the cost, and even more importantly, to do so with integrity. Sisu is not just about getting what you want; it is a quality that asks you to act in the face of adversity, learn from failure, do what you promised, and push through with what you’ve set your mind to. No excuses.

Whatever enterprise, passion, or business you choose to pursue, do it with “sisu”: persist in your goals, get the job done well, protect your integrity, and commit to seeing success to the end. Most importantly, sustain the courage and strength to act and hold your vision despite the hardships. 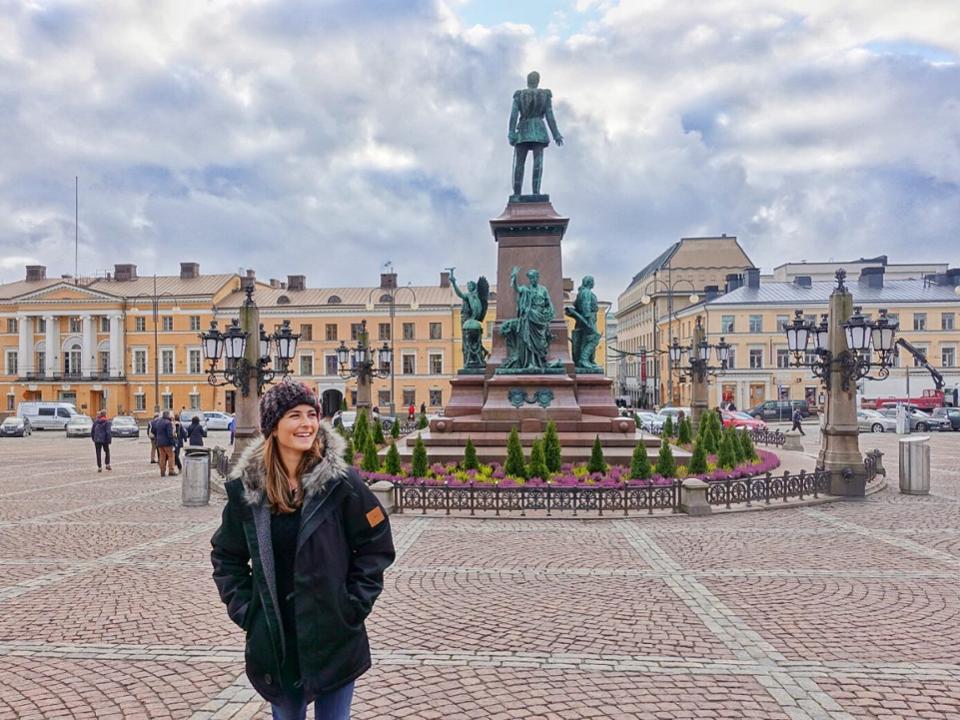 Sauna Culture: Treat Everyone With The Same Respect

The sauna is an integral part of Finnish culture (fun fact: there is an average of one sauna per household in Finland!) and a place where Finns go to relax physically and mentally. It is also a meditative and respective space where people build relationships, whether it be friendships, agreements, or even important political and business decisions.

Regardless of social status, everyone at the sauna is mostly or fully naked– when I asked why, a Finn joked that this makes sense since “naked you were born, naked you will die.” The Finnish are known for their diplomacy and successful democracy, and this tradition is reflective of a cultural belief that, at the end of the day, we are all the same.

Consequently, there is a pay-it-forward mentality in the workplace that encourages people who are ahead in their career to give back to the community and help those who are more junior. This “we’re in this together” attitude is one that any entrepreneur can benefit from: after all, part of successful entrepreneurship is always evolving and learning, and insights can come from all kinds of people. Anyone, at any level or walk of life, can offer you value and vice versa.

In your personal life and your business, find ways to support your community and collaborate rather than compete with others. Everyone around you will grow because of it.

Finland is an extreme country, both geographically (for example, the Midnight Sun and winter darkness, the East’s and West’s drastic genetic differences, and the distinct divide between urban and rural areas) as well as culturally.

To list some examples of Finnish contrasts: the people appear outwardly withdrawn but are very hospitable and kind when spoken to (as the Finnish joke goes, “an introverted Finn looks at his shoes when talking to you; an extroverted Finn looks at your shoes”), they’re known for their modesty but there is tons of national pride for Finnish accomplishments, and they live simply yet strive to excel. Most notably, it is completely normal and expected to jump into a freezing cold lake or ocean after being in a steaming hot sauna – and to continue doing so for a couple of hours!

Despite being rooted in tradition, Finland has become one of the world’ most modern and technologically advanced nations. It was truly inspiring, for example, to see how the Finns strike a balance between being hyper-connected and innovative, while also making the time to recharge and disconnect in nature.

This integration of extremes has made the Finns extremely practical yet also innovative entrepreneurs: it’s only a population of six million people, yet they make around 15,000 inventions every year. As a Finnish entrepreneur I interviewed said, this cultural appreciation for contrast helps startups be nimble, think big, and “very good at getting rid of traditions that don’t work.”

My time in Helsinki reminded me that when you’re constantly testing your limits, it pays off. While it’s important to stay practical and grounded when running a business, allow yourself to dream big and create the conditions for innovation to thrive.