The Swedes are well-known for their minimalist, functional, and sustainable approach to living, and this is reflected in the untranslatable word lagom.

Lagom means not too much and not too little: it’s just the right amount, and as the Swedish proverb goes, “the right amount is best.” Lagom asks us to create balance in our lives by taking everything in moderation, a middle-of-the-road approach that avoids both excess and limitation. 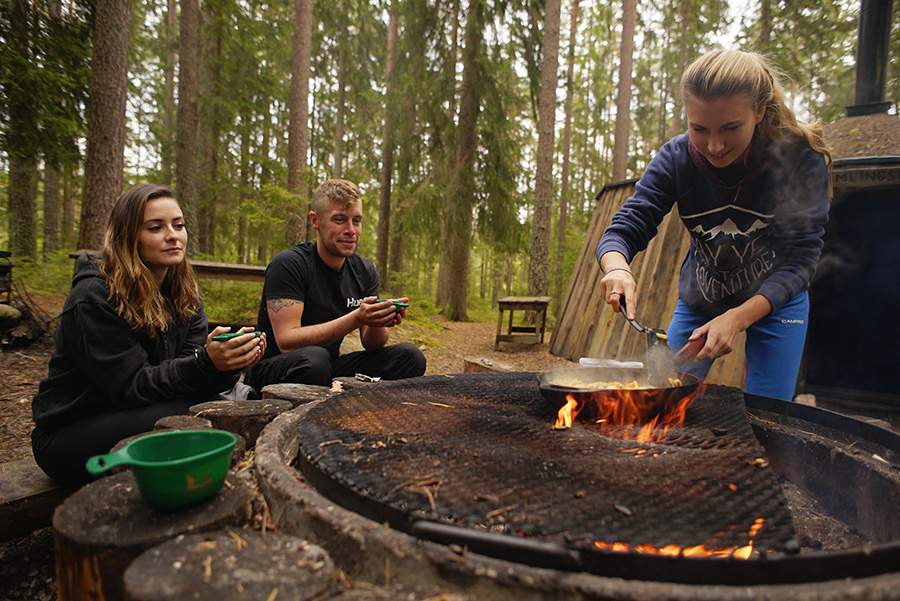 The word derives from the phrase “laget om,” which means “around the team,” and dates back to the Viking tradition of sitting around a fire after a hard day of work and passing around a mead that everyone was expected to sip a fair share of.

Much of the word is contextual: lagom is not an action but rather a mental space of harmony and contentment, a consciousness of what’s best for you and/or the group you are in.

The Swedish word describes a general contentment with things being enough, just as they are, and applies to virtually anything from food, weather, purchases, to group conduct.

I learned about lagom during my time in Sweden, specifically during a work assignment that had me spending five days in the Swedish wilderness with four strangers-turned-colleagues. I was documenting my experience living in the middle of nowhere, stripped of luxuries or material comforts, and with people I never met before, as part of a project that supports ecotourism and nature travel. Our campsite, which was located a four-hour train ride from Stockholm followed by a half hour car ride from the small town of Skinnskatteberg, left a lot to be desired. The sky was a dark, murky gray, a stark contrast to the thick fortress of emerald trees we would be living in. Despite the canopy of leafy coverage, there was a steady drizzle of rain that was not enough for an umbrella, but enough to leave a bothersome layer of moisture on the skin. A quiet breeze snaked through the forest, accompanied by a chill that cut through the bones. 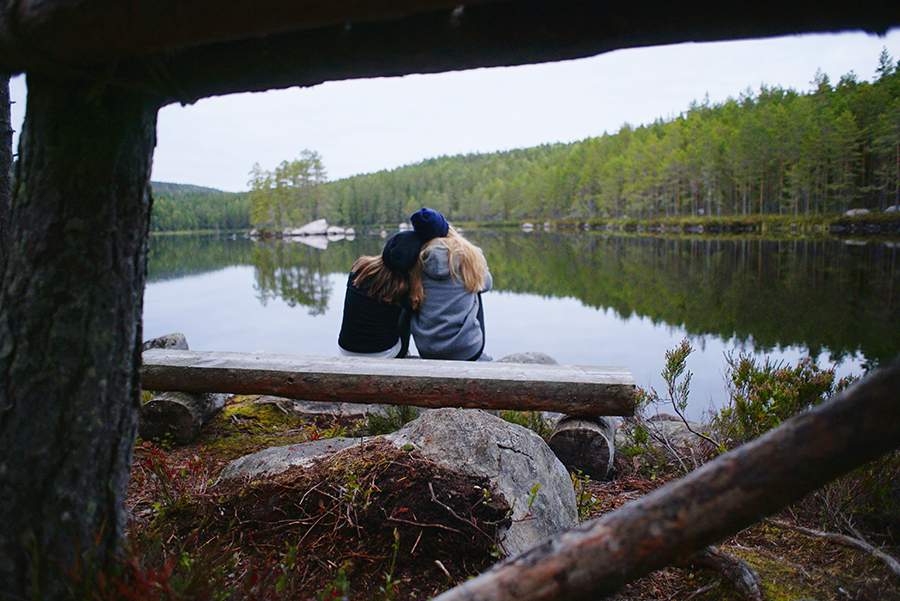 As we were given a tour of the campsite, I quickly realized that the wilderness adventure I had signed up for was way more hardcore than I originally anticipated. To my surprise, we were to sleep in mud huts, start our own fires with matches and logs we had to chop, and cook our own food (which thankfully was provided). The toilets were compost, the lakes were our baths, water was to be fetched from a natural spring, and there was no guide. We were out here on our own. 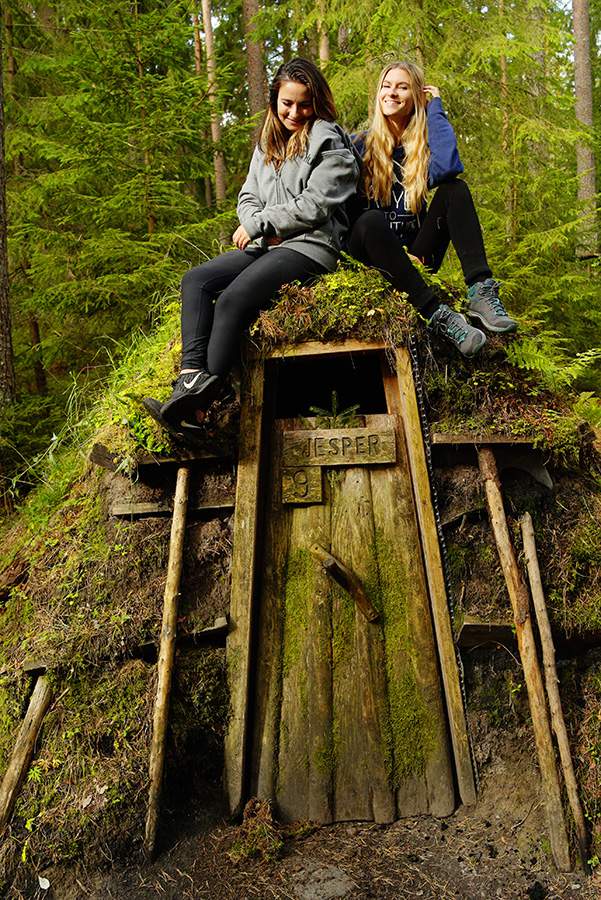 In full transparency, the first couple of days were miserable. A self-proclaimed city girl, I struggled to adapt to these primal conditions. I had gone from being in Stockholm, where I had everything I wanted and more, to a patch of land in far-off Sweden where I barely had the bare essentials. But as I tried to acclimate to the wooden plank and sheepskin blanket I now called my bed, attempted to start fires, and washed heavy metal pots by the stream, one thing remained consistent: there was always a team member there to help me.

I was able to feel lagom because of the people who shared this natural space with me. We did everything in collaboration: whenever there was a meal, one person would bring the logs, the other would fetch the water, and another would wash the dishes. Together we would cook and giggle by the campfire, under evening skies so clear it was as if God had sprinkled powdered sugar on black velvet. My phone and laptop, rendered useless without Wi-Fi, spent their days tucked inside of my bag.

My constant hustle and bustle from the outside world was replaced by something more meaningful–a deeper human connection with those around me, a sense of camaraderie, and contentment in sharing what we had, and working together for what we needed.

There was no fussiness, extravagance, excess, or pretentiousness to my days. Despite the initial challenges, I was happy: I had a warm bed to sleep at night, organic food to eat, nature to soothe the mind, and most importantly, good people with whom to share real and meaningful conversations with. Despite lacking all the conveniences of modern living, those days were just what I needed, and nothing more. Lagom. When I shared my experience with my Swedish friend, his response was:

“Camping in Sweden is very lagom. The beauty is in the simplicity. Most people work so hard in life, for money and material things. But sometimes all we need is a nice fire and some friends.”

To me, lagom meant recalibrating what “just right” meant to me and finding contentment within simplicity, which is a beautiful characteristic of the Scandinavian mindset.

Lagom can be a daily reminder to live for what matters, because everything else is a luxury.