How I Circumnavigated The Globe For Nine Months On $8,500

Less than a year ago, I made the life-changing decision to quit my corporate advertising job in New York City, put all of my belongings into storage, and get on a one-way plane to Europe with nothing but a carry-on and a small backpack.

I wanted out of the rat race. You know which one I’m talking about: long hours for mediocre pay in a competitive, cutthroat industry whose primary concern is to generate a profit regardless of who it runs over along the way. I was becoming passive, allowing my life to become a monotonous routine. I felt that I had to take action before I became “stuck.”

I decided to give myself one year to design my dream job, incorporating what I knew best – traveling, writing, and connecting with people. From there, a project was born: I would attempt to circumnavigate the globe by couch-surfing through my social network, with a twist. I did not use the Couchsurfing website, which meant that everyone I would stay with had to be personally connected to me somehow, be it friends, friends of friends, or strangers I met on the road.

Fast-forward to the end of the journey, and the results are in:

How was I able to travel the world on sometimes less than $1,000 USD/month? The short answer is, it took a lot of hustling and getting creative with my resources. The most valuable resource I had, in fact, was the skill of being resourceful.

It is important to stress that the way I afforded to travel around the world is not a one-size-fits-all formula: it was a series of choices tailored to my personal lifestyle (check out this more detailed article I wrote about how I afford full-time travel). In the end, it was a process of evaluating what was most important for me to see and experience, and making financial sacrifices every day to make sure I was adhering to my budget.

Here is a breakdown of how I did it: 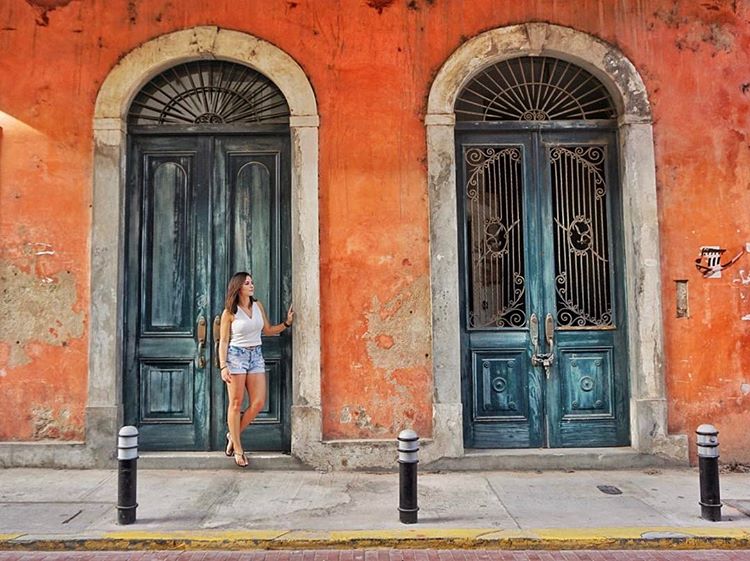 Though I saved enough to theoretically keep me afloat the entire time I was traveling, I only spent about half of it since I ended up making income on the road. Most of my funds were saved during my last year living in New York City – although it is particularly difficult to save in such an expensive city, I can confirm that it is possible when you get in the habit of prioritizing your life decisions to serve your passion.

There is no secret to how I was able to put aside the funds I needed to travel the world: my #1 goal was to put my project into action by the year’s time and so, in my daily and long-term decisions, this goal took precedence. This means I cut off all frivolous expenses such as coffee, clothes, and alcohol, I packed the vast majority of my meals instead of buying them at restaurants, I walked as much as I could rather than taking public transportation, and so on. Every cent I made that didn’t go towards my basic life expenses or occasional entertainment went straight into my savings.

I also took on a couple of freelance projects in addition to my full-time job. Although there were weeks when I was working 60-70 hours, it was a small sacrifice to make for the quick influx of cash.

Although I didn’t have abundant funds, what I did have was a skillset. In addition to being a marketing strategist by trade, I am also a writer, a social media fiend, and a content creator. Perhaps one of my biggest realizations while on the road was that money is not the only currency that makes the world go round. There are different ways to get what you want that don’t involve money – the most valuable currency is social. When you exchange goods or services for money, it is nothing more than a sterile transaction. When you offer goods or services to help someone in exchange for something of a similar perceived value, however, the trade becomes personal and people are much more willing to negotiate.

While I was traveling, I reached out to local travel agencies and other small travel-related companies who I believed could use some professional help in the areas that I was skilled in (strategy, social media, content creation). Since most of these were small businesses that could not afford an agency, I was occasionally able to exchange professional services for tours and discounts. This way, we both got what we wanted: I subsidized my travels while they got valuable advice on how to improve their marketing, writing, and content. Although at first this took a lot of effort on my end, reaching out to contacts became exponentially easier as my following grew and I became a travel influencer. 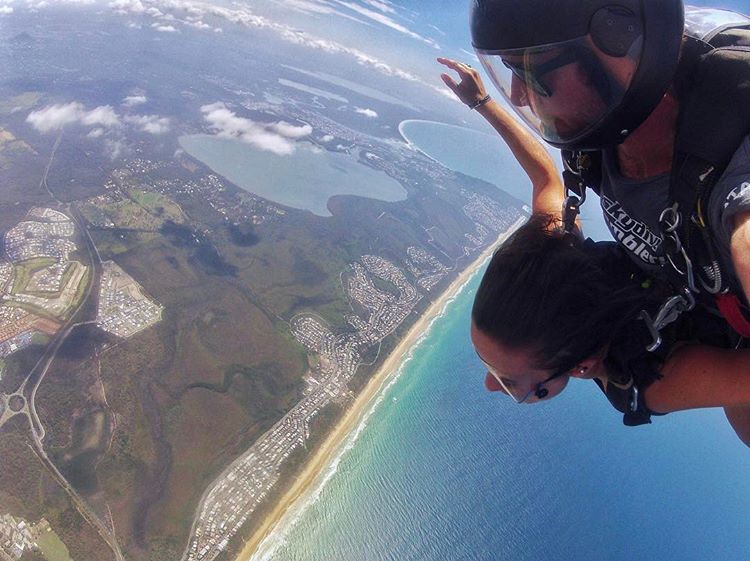 3. I occasionally took on freelance work.

Though I did not have the intention of working when I left for my trip, I caved in and occasionally looked for gigs to avoid stressing out about my financial well-being. I found several interesting assignments that only required part-time work, which was a blessing in disguise since I ended up getting writing assignments for several high-profile publications. I also did some social media consulting.

I had two rules when it came to freelance work: I would not allow my work to get in the way of enjoying my travels, and I would not take on projects that weren’t of personal interest to me. Since I already had money saved up for the trip, I did not want to depend on employers for income as I wanted to retain the flexibility to turn down work that didn’t align with my brand or goals. 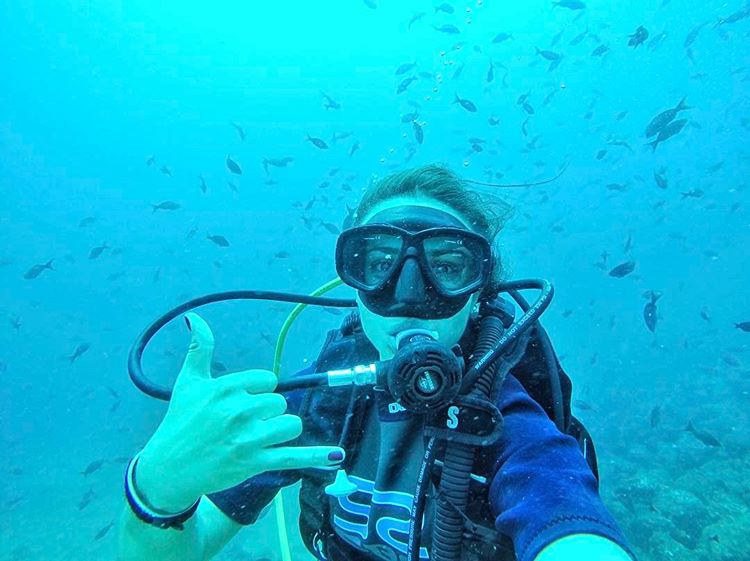 Long-term affordable travel is a delicate balance of planning ahead while also leaving lots of room for flexibility. Not planning enough or planning to the point where you can’t change things around can both be quite costly.

Before I left, I organized myself extensively. I made a plan of which countries I wanted to visit, which cities I’d be passing through, and I mapped out all my contacts and where they had connections. I had about 50% of my hosts lined up before I even left New York City, giving me a vague idea of which cities I’d be passing through to better plan for accommodation. For the places I was unsure about, I improvised along the way, sometimes switching countries or cities last minute as I found hosts.

I tracked my contacts, spending, and flights meticulously, while always giving myself a little wiggle room by having back-up contacts, over-budgeting, and looking into alternative methods of transportation. Doing my research, both by using the internet and asking locals, also saved me a lot of stress and money. For example, I wouldn’t have known that in Australia, it’s more cost and time efficient to fly than to take the bus, or that in Myanmar, the bus is more reliable than flying. Through a mix of research, planning, and common sense, I didn’t have any big surprises when it came to costs.

5. Due to the nature of my project, I didn’t pay for accommodation.

The challenge of my project was to tap into my social network to circumnavigate the globe by couch-surfing, which meant that I would be depending on people around the world to host me. Over the course of my travels, over 70 people hosted me, which helped me cut costs tremendously: I spent about $300 on accommodation during my entire time on the road (there were two cities where I could not find a host). Though this was not commonplace, there were times when my hosts would also offer me meals and help with transportation, which kept me from overspending while visiting their city.

Lastly, there is the serendipity factor, which no amount of planning could have predicted. Too often, people I met on the road helped me out of the kindness of their heart. I cannot say how many strangers gave me rides, treated me to a meal, or offered me a place to stay after meeting me and hearing my story. It’s not something I could have ever budgeted for, but it taught me a profound lesson: when you are pursuing your passions, people will sense it and usually, they will help you.

I went into the world with a dream and an open mind, and I found that the world took good care of me. Though I have a few less thousand dollars in my bank account, the lessons that I learned and people I met along the way have made my journey more than worth it.